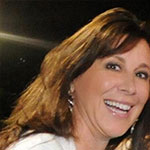 Mimi Sabates is the Executive Vice President for Be Responsible And Keep Everyone Safe (B.R.A.K.E.S.), a Teen ProActive Driving School. The nonprofit’s mission is bringing safe driving awareness across the nation, to both teen students and their parents in an engaging, hands-on driving experience. Previously, she was the Business Development Director for Legacy Talent and Entertainment, an entertainment management agency. Past experience includes serving as the Local Marketing Director for the NBA Charlotte Hornets, and as the Promotions and Merchandising Manager for the Charlotte Checkers Hockey Team. In addition, she has previously owned several successful NASCAR Busch Series teams. In the past 25 years Mimi has served on many nonprofit boards that relate specifically to youth services such as The Allegro Foundation and SeriousFun Camp, Victory Junction, Best Buddies and St.Jude. 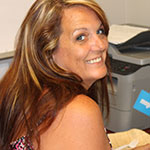 She began working for Doug in 1999 at Doug Herbert Performance Center, and has been one of his employees ever since! From working in the warehouse, filling parts orders, and shipping, she did it all! She even worked Doug’s merchandise trailer on the NHRA circuit. Fast forward to the present, and she still works for Doug at B.R.A.K.E.S. Currently, her role is taking care of the instructor’s and staff’s transportation and lodging needs. “Getting to know the instructors and becoming familiarized with some of their great talents has been a great privilege, and they really bring a lot of laughter and joy to what I do.” She also was fortunate enough to know Doug’s sons, Jon & James, so being able to be a part of B.R.A.K.E.S. means a lot to her and she is so proud to be a member of the team! She resides in Blacksburg, SC. 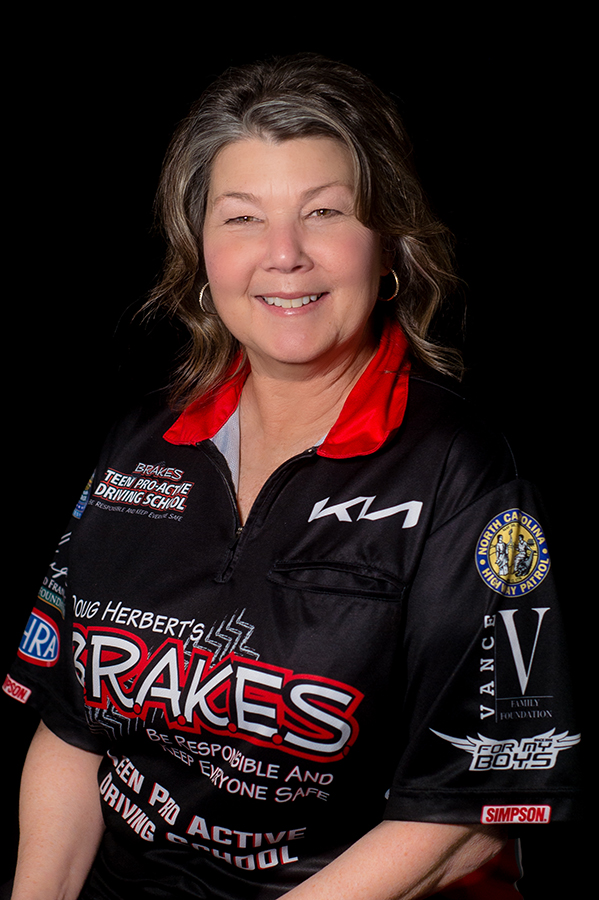 She came to work with B.R.A.K.E.S. after participating in the program with her sons, leaving her former gig at The Speedway Club Member Services department. She gets her daily inspiration from working with great men such as Doug and Matt, meeting new faces and hearing peoples’ stories and being a part of the B.R.A.K.E.S. mission.

In her spare time, you will find her in the stands on a Friday night cheering on her husband and sons’ high school football team, the Mount Pleasant Tigers, as well as Wrestling and Track.

A 1984 graduate from East Carolina University. Jane and her husband, Mike, have 3 sons and live in Concord, NC. 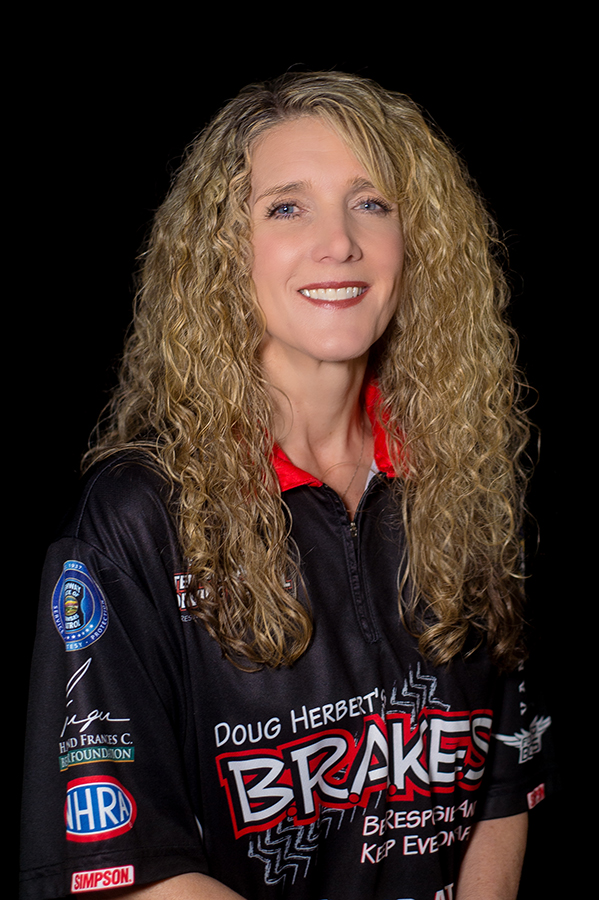 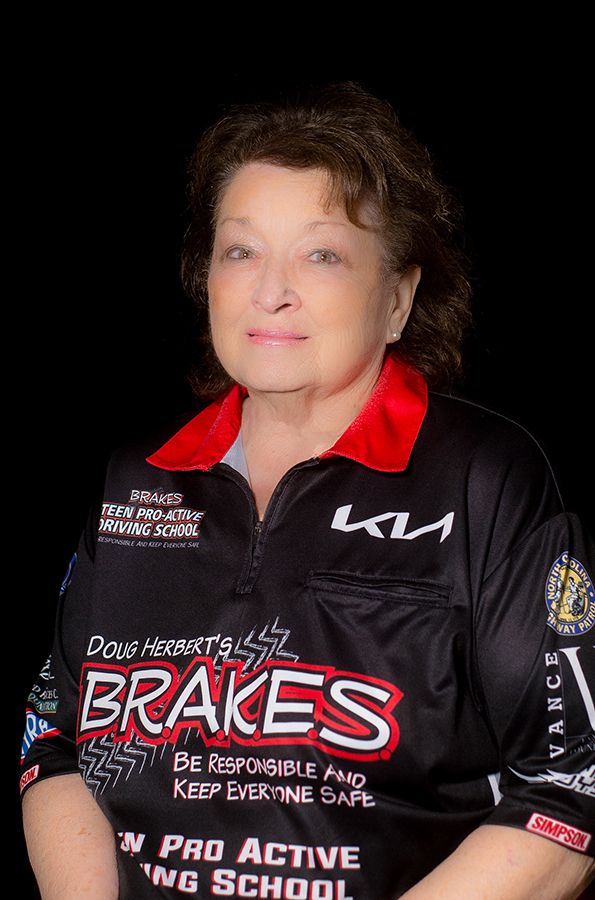 Tonya offers more than 36 years of experience in management & public accounting. She has extensive experience in bookkeeping, customer service, and administrative support. Her vast knowledge, experience, and skills serve as the fundamental basis for the daily maintenance of B.R.A.K.E.S. general ledger accounting.

Tonya is a Charlotte, NC native. Aside from accounting, Tonya is also heavily involved in her family, with two members serving as career Police Officers, Fire Fighter and three daughters who are Teachers. Tonya’s hobbies include caring for her grandchildren, church activities, and cooking. 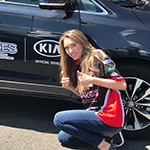 Jessie Herbert is the daughter of B.R.A.K.E.S.’ Founder Doug Herbert and younger sister to Jon and James Herbert.

Jessie has great memories of racing dirt bikes with her brothers when they were all young and following them around everywhere. She is a 2016 graduate of SouthLake Christian Academy and currently attending UNC Charlotte.

She loves working at B.R.A.K.E.S. knowing her brothers are saving other teen lives! 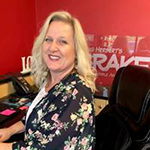 She came to B.R.A.K.E.S. with a desire to help others, which has been a big part of her life. She has worked in customer service for years and really enjoys working closely with others.

She has lived in Concord, NC with her husband and three teenage children for the past 13 years. Staying home with the kids was a priority until going back to work full-time recently. Her hobbies include home interior painting, arts and crafts & gardening.

On the weekend, she enjoys going to Marching Band Competitions with her husband Rick and daughter Mary, to watch her daughter Brooke and son Ricky perform. And just hanging out with the family. 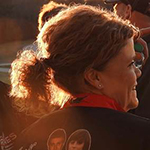 Jennifer comes to B.R.A.K.E.S with over 27 years of experience in the graphic design field. Her career started at her hometown newspaper in Concord, NC. She has designed everything from business cards to billboards and has been fortunate enough to work on such projects like the 2016 Presidential Inaugural Veteran’s Ball Invitation, Dale Earnhardt, Jr.’s Axalta car and Brantley Gilbert’s acoustic American Flag guitar. Photography is a love of hers.

“I love the B.R.A.K.E.S. mission and it’s an honor to be a part of something that you know is making an impact and saving lives across the country”.

She married her husband Todd in 2014. In her spare time, when there is some, she enjoys a nap. She loves being aunt “Feenah”, her dog Lucy, spending time with her family & friends, being crafty, Anna Maria Island in Florida, Cowboys football, Duke basketball & the Mt. Pleasant Tigers! 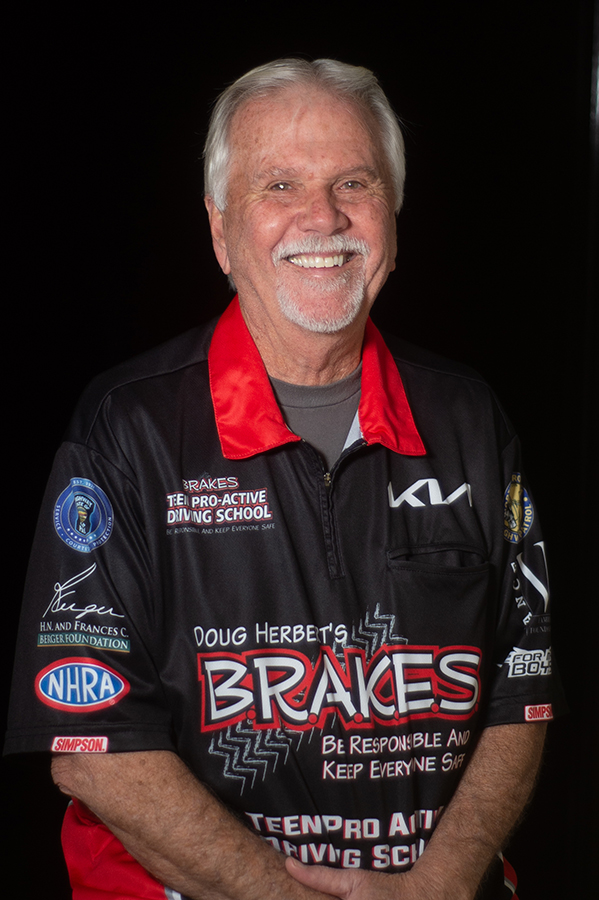 John grew up in Northern California, and served in the Air Force from 1968-1972. He worked for Hewlett Packard from 1974-2004 as an electrician and project manager. After retiring in 2004, he and his wife of 42 years, Kathy, moved to their retirement cabin in the mountains of Northern California.

In Old Station, California, he served as the captain of the volunteer fire department from 2004-2018. He then moved to North Carolina in 2018.

His hobbies are fishing, golfing, hunting, and hiking. He has 3 kids and 4 grandkids. Matt Reilly is married to John’s daughter, Amy.

‘Pops’ was a cone kicker at the first B.R.A.K.E.S. school in 2009, and has since become an office favorite! 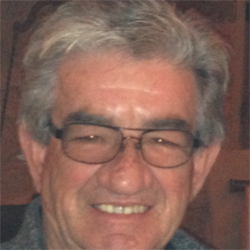 Carl was introduced to B.R.A.K.E.S. by longtime friend and colleague Matt Reilly and has instructed since 2011 focusing on coaching & mentoring the Parents. He has been involved in implementing policies and procedures and developing the curriculum as the organization has grown.

Despite all the exotic cars & places he has been fortunate to experience, Carl considers his B.R.A.K.E.S. involvement, the most rewarding, satisfying and impactful of his career.

He resides in Chandler, Arizona with wife Joanne who also works with a charity. His son Rick, is also a B.R.A.K.E.S. Instructor. 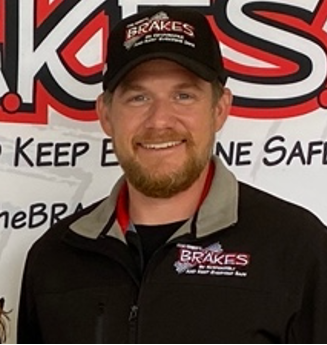 In 2012, after a career in law enforcement, Travis moved to Charlotte, NC with his wife, Cassie to start his automotive career at a major motorsports team.  Shortly after moving to Charlotte, Travis was asked to volunteer at B.R.A.K.E.S. in Orlando, FL.  Thoroughly impressed with the organization, he pursued becoming an instructor.  In 2013, Travis taught his first class at zMAX Dragway in Concord, NC.  Since then, Travis has been an instructor, course lead, lead instructor, and event lead.  Over the years, Travis was recruited to work for several auto manufacturers as a professional driver/ driver lead for ride & drive events/tours, in-dealer training, training academies, and automotive shows. In addition, Travis has been involved in completing comprehensive dealership reviews.

Travis has always felt a great sense of accomplishment when training Teens life-saving driving skills at B.R.AK.E.S.  In 2020, Travis became the Director of Training & Quality Control for B.R.A.K.E.S.  His hobbies include overlanding, fishing, and SCUBA diving.

I want y'all to know that the $99 was some of the best money I've ever spent. I got home that afternoon and sent a note with a link to BRAKES to every parent I know with a teenage driver. My daughter gained a lot of skills that will stay with her. Thanks... Click to Read More!