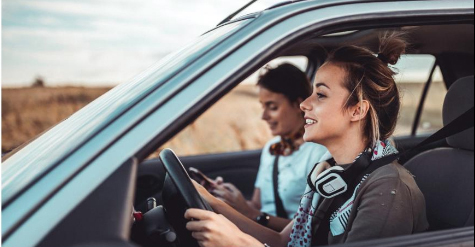 In 2008, my life changed forever when my two sons lost their lives in a car crash. The impact of that day is as profound now as it was a dozen years ago.

Right after that life-changing incident, I learned that car crashes were the No. 1 cause of death among teens. Twelve years later, that hasn’t changed. In fact, the CDC has determined that teen driver deaths can be categorized as an epidemic.

In 2008, more teens died because of car crashes than the next four causes of death combined. It wasn’t acceptable then, and it’s unacceptable now. It’s also avoidable.

When I learned this, I knew I had to do something to effect change. I had to use my motorsports platform in the NHRA Top Fuel drag racing world to save lives and honor my boys Jon and James.

Unnecessary tragedy and hardship can be avoided through the exercises that are not included in driving school curriculums. That’s why proactive training is so effective — it offers actual, behind-the-wheel experience in controlled environments that simulate what happens too often on today’s highways and surface streets. These are the situations that most often lead to on-road tragedy.

Having taught approximately 45,000 teens across the country over the past 12 years, it’s especially rewarding to know our program is truly making a difference. An independent study reported that our graduates are 64 percent less likely to be in a crash in their first three years of driving.

But we’re still at the starting line. There is so much work to be done to reach our country’s newest and most inexperienced drivers, as well as their parents.

While B.R.A.K.E.S. and other great programs are having a measurable impact, the rate of fatalities and injuries caused by car crashes remains high. Simply stated, one is too many.

I ask parents, grandparents, uncles, and aunts to help fight this national epidemic. At a time when preoccupation and distraction is unprecedented, we must do something and we must do it immediately. As I can tell you personally, too much is at risk.

My son and I attended BRAKES at the LA County Fairgrounds on April 26th. Yesterday, he was alone driving home from a high school baseball game approaching an intersection, on a green light about 45 mph. At the very last second, a car turned left in front of him. My son hit the brakes hard, engagi... Click to Read More!